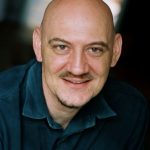 The Creative Writing programme at the University of the Western Cape is rooted in the Department of English Studies in the Arts Faculty.

The writing programme reflects this department’s strong emphasis upon textuality and diversity in delivering its range of courses. These courses include an elective at the undergraduate level, and the full range of postgraduate studies from Honours through to the Doctoral level.

Drawing upon the specialisations of its teaching team, the programme emphasises Fiction (both long and short), Poetry and Creative Non-Fiction. Recent developments have also made possible studies in Documentary Film and Scriptwriting. Furthermore, the programme benefits from the multilingual approach of UWC Creates, a non-degree resource facility in the Centre for Multilingualism and Diversities research where students write in Afrikaans, isiXhosa and English.

For decades the critical question has been, Can poetry survive? Is it mutable, profound, sentient, resplendent, intense, stalwart, brave, alluring, exploratory, piercing, skilful, percipient, risky, exacting, purposeful, nubile, mirth-provoking, affective, restive, trenchant, sybaritic, nuts enough? Can it still enkindle, prod, or enlarge us? And even if yes, yes to all of the above, is it enough? . . . And if the answer is nay, all this and more is not enough, the question becomes, With what then will we hail the next ones, the ones who have to pick up around here after we’ve been chewing the roots of dandelions?[1]

The Creative Writing programme at UWC cares deeply about mentoring these “next ones”. In the selection of work by some of our current postgraduate creative writing students featured here on this website, I believe that “the next ones” are showing that writing can not just survive, but that it can in fact be relevant and resilient.

Beginning in the seventies in South Africa, and extending into the eighties, increasing emphasis was placed upon the need for artistic production to incorporate socio-political expression, that it reflects the historical context, and align itself with the progressive forces of resistance and change; in a word, that it be relevant.

The material here shows how writers are articulating an alternative notion of the term ‘relevant’. It is not that they eschew socio-political ideas (as a socially ‘engaged’ institution of higher learning students of UWC have an historical commitment to researching factors which inhibit socio-economic progress toward a more inclusive and equitable society).  Rather, they are re-making the validity and consequence of the term by energising it with their own personal contexts and voices.

This is very significant.  It shows that the students are connecting on an intimate level – the level of everyday lived experience – with not just writing as an imaginative, transformative act, but also with the idea that literature (that which they are ultimately participating in) belongs to them; that it can sound and look like them; that it can come from who and where they are.

But these poems and short stories are also acts of resistance.

In Cooling TimeWright further argues that “If you do not use language you are used by it”. In a time where many lament the impoverishment of written expressive language, “the next ones” are proving not just the resilience of words – that words still matter and still mean – but also that words can be fashionable and even fun. That through their words – written in their own way to the best of their abilities – the next generation can dare to redeem and emancipate their world; the beleaguered one we have bequeathed to them.

I am grateful to all teaching staff on the Creative Writing programme: to Meg Vandermerwe, to Julia Martin and Nkosinathi Sithole. And to Antjie Krog,  Fiona Moolla and the late Michael Wessels.

I am especially grateful to Prof Graham Mort from Lancaster University who used his Leverhulme International Fellowship at UWC to develop this website.