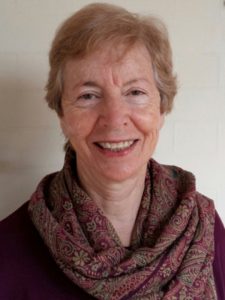 Ina Conradie is a student in Creative Writing at the University of the Western Cape. She is also a Senior Lecturer in Development Studies at the same university, and her academic interests are poverty, underdevelopment, and how to address social and economic exclusion. She has worked in this field for a number of decades, both in practice and in academia. She is also a reader, and both prose and poetry has been an interest since her school years. Her hobbies include hiking in the mountains and music.

When he was born in Tsolo, fifty-nine years ago,
Nomzamo, his mother, cried with joy.
A son! We will name him for his power.
He will bring change and will turn things around.

At the Imbelekoa small goat was slaughtered
for the birth of a well-shaped boy.
The spirits would have liked a big one better,
but the chief had the land, so what could they do?

A twelve-year-old boy looked after the chief’s cattle,
counted them to recall numbers one to fifty-three.
His father came back from the mines with TB,
and the chief gave them maize and milk cans with Amasi.

The seventeen-year-old umkhwetha was gaunt and grey
from an undeclared infection, pain and endurance.
He sipped his uncle’s Smirnoff from a tall brown glass,
squirmed, and sat still till it settled inside.

A strong, lean young man worked underground
mining platinum at Marikana. Hot, backbreaking days.
An old injury returned, and the well-dressed manager
sent him back to his village to recover.

In Cape Town he hoped for easier work,
but the taxi he traveled in swerved too fast.
After two weeks he left Victoria hospital,
a plaster on his kidney, a bandage around his lead.

Mandla sleeps on a sidewalk in Sunningdale Road,
covered in plastic against the heavy Cape storms.
He picks the area’s waste bins deep into the night,
and waits for the change that will turn things around.

I have been thinking about writing this poem for a long time, but struggled to get the right form for it. It has been inspired by a man who lived on the sidewalk of our street in Cape Town for a while, and who came to our house from time to time for food and for other assistance. Gradually his story unfolded as I drove him to a doctor or a hospital, or to a local shelter for the homeless, where he just did not fit in. I have also been doing academic research on the recent history of the isiXhosa people in the Western Cape, and it struck me how this man’s story so graphically illustrated main aspects of this history. The first three stanzas are based on my imagination and other experiences, but he actually did work in the Marikana mines and was retrenched due to his health. The taxi accident was also a real event, and this impacted very negatively on him. Although hospital care is readily available in Cape Town, hospital beds are scarce and people are discharged as soon as possible. He therefore lives on the street with his considerable health problems. I disguised all personal information, but this is essentially the story of a real person, into whose life I imagined additional information.